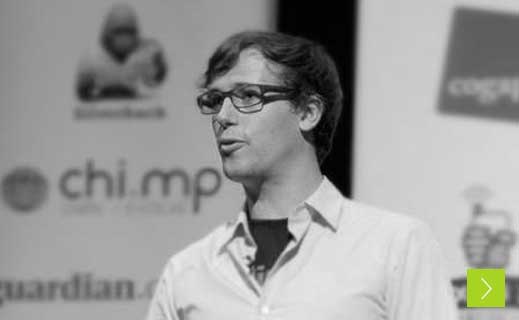 Daniel Burka is a design partner at Google Ventures

Daniel Burka is a San Francisco-based product designer. He’s currently a design partner at Google Ventures. He works with Google Ventures’ many portfolio companies to solve their design challenges.

Previous to Google, Daniel co-founded Silverorange, a Canadian web agency where he got to work with Mozilla (he helped draw the Firefox logo), Ning, Sloan, and did lots of e-commerce and government work to boot. One day Kevin Rose called up silverorange and had Daniel and his team design the early stage designs of Digg. Soon after Daniel moved to San Francisco to become Digg’s creative director as the site grew from a niche technology news sites to a leading news entity. Five years later, Daniel left to join a gaming startup called Tiny Speck with the founders of Flickr. Then, with Kevin Rose free to pursue new ventures, he and Daniel co-founded the mobile incubator Milk, which was acquired by Google a year later. After joining Google, Daniel led the mobile user experience team for Google+ before becoming a partner at Google Ventures.

When he’s not obsessing about interfaces and the conundrums of mobile design, Daniel tweets as @dburka and speaks at conferences around the world.

Build for Speed: How to Prototype and Test Any Product in Five Days

The current methodology for building applications is broken. Most teams go through the classic agile pattern: ideate, build, launch, measure, iterate, repeat. Even when executed efficiently, this process stifles innovation under the burden of engineering and product launching. Using real-world examples, Daniel and Jake will show how to test your theses more quickly and increase the overall effectiveness (and happiness!) of your whole team.

At Google Ventures, we do design projects with a huge variety of startups,, from Nest to Foundation Medicine to Fitstar to Blue Bottle Coffee. One of the key ways that we help our portfolio companies is through a process that we call a “5 Day Design Sprint.” Over just five days, we ideate, prototype, and real-world test products. This process isn’t just for startups – we’ve had a lot of success designing products using sprints at well-established companies (like Google!) too.

This workshop is going to be practical to a fault. We’re tired of hearing people spout bromides about innovation and creativity. Design sprints are about solving real problems in real businesses in the real world, so we’re going to give you specific, repeatable techniques and tools for making your product teams move faster and more confidently.

Come join us for a workshop where we’ll walk you through a hands-on design sprint and give you the tools to bring sprints to your own organization.