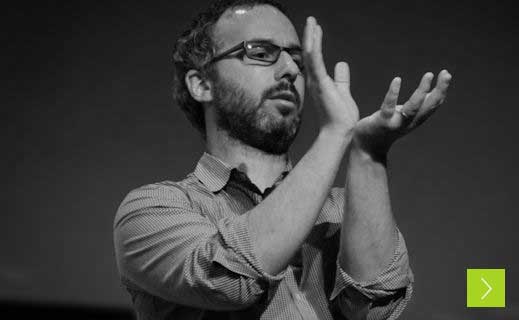 Dan Hill is an Executive Director at the Future Cities Catapult

Dan Hill recently joined the Future Cities Catapult as Executive Director, having moved from Fabrica, a communications research centre and transdisciplinary studio based in Treviso, Italy, and part of the Benetton group.

A designer and urbanist, he was previously Strategic Design Lead for Sitra, the Finnish Innovation Fund, in their Strategic Design Unit in Helsinki, exploring how design might enable positive systemic change throughout society.

Prior to Sitra, Dan was an Associate at Arup in Sydney, where he was Arup’s Foresight and Innovation leader for the Australasian region, as well as being their lead on urban informatics and urban strategy. Dan worked on major urban development and building projects worldwide, from Helsinki to Masdar to Barangaroo.

Prior to this, Dan was a key member of the start-up team for the global media brand Monocle, where he was Web & Broadcast Director. From 2001-2006, he was Head of Interactive Technology & Design for the BBC in London, where he led design across their award-winning websites as well as conducting significant strategic work. During the mid-90s, he worked on culture-led urban regeneration projects in Manchester’s Northern Quarter.

He writes the well-known blog City of Sound, and was one of the organisers of the acclaimed architecture and urbanism event Postopolis! in New York and Los Angeles. Dan’s writing also appears regularly in Domus magazine, where he is also Strategic Design Advisor.

Designing how cities happen (after the internet)

As people, buildings, infrastructure and objects lead increasingly connected lives, we now have an historic opportunity to reshape our cities. While the ‘smart city’ movement has focused on making urban processes more efficient—sometimes necessarily—there are more interesting, and arguably more radical, possibilities that might shift how cities actually happen—how citizens engage with city-making, for instance, and how we might enable systemic changes within and across cities. As a ‘fugitive from UX’ working on major urban projects worldwide, Dan will share insights and experiences into how the dynamics of the internet are beginning to in turn transform the dynamics of cities and buildings.